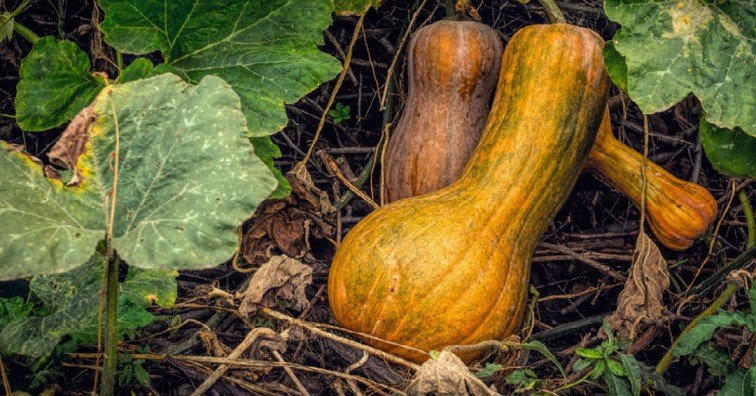 Pumpkins are a great addition to a Halloween party full of exciting Halloween decorative objects. Pumpkins can be expensive and require a lot of storage space, though, and after the Halloween season, their sheer quantity might mean a disposal headache for you.

What makes disposing of pumpkins a little challenging is the fact that you can’t toss them in a regular trash can.

Why You Should Not Throw Pumpkin In The Trash

Insects are most likely to carry out this mission by looking in the nearby areas. If you have dumped the pumpkins in the outside bin, pests can easily be directed toward your home or your neighbor’s.

On the other hand, dumping pumpkins in the large trash bins outside the street aren’t much help either, as it helps the insects make their way to your or your neighbors’ gardens.

Even if it’s too cold for insects to survive where you live, you can still provide a habitat for mold by dumping pumpkins in the trash.

Mold can also spread to other edible and non-edible objects and lead to several hygiene and health hazards. Mold exposure can lead to mold poisoning, leading to flu-like symptoms that only disappear once the mold is removed.

Prolonged mold exposure can also lead to dementia and breathing issues and can even prove to be fatal.

For all the above reasons, it is essential to dispose of pumpkins in a way that doesn’t lead to insect attack or mold exposure.

If you have mistakenly thrown one in your trash, check 5 Ways to Get Rid Of Maggots in Trash Can.

How Can I Properly Dispose of Pumpkins?

Sure, tossing your pumpkin in with household waste is always an option, but there is a better way to put your pumpkin out to pasture. Instead of tossing it in with the rest of your garbage, try recycling, upcycling, or appropriately disposing of old Halloween pumpkins in other ways that protect the environment.

1. Donate pumpkins to your local zoo.

Don’t have much wildlife in your backyard? Many zoos accept pumpkin donations after Halloween. Whole pumpkins are not only a nutritious snack but can also be enriching toys for large animals like big cats and bears.

You can give your carved pumpkins to your neighborhood zoo or animal shelter if you haven’t used insecticides or other dangerous chemicals on them.

This is yet another safe and environmentally friendly way to eliminate unwanted pumpkins. The zoo and shelter can use them as animal fodder by combining pumpkins with other meat and vegetables.

Everyone will benefit greatly from this act. By accepting your donation, the shelter can save some food resources. A win-win situation for everyone as the animals will gain from the various minerals and vitamins found in pumpkins and your home will be free of pumpkins!

Instead of letting it go to waste, set it out for the wildlife in your ecosystem to enjoy.

You may even put unsprayed pumpkins out for the animals if your local zoo or animal shelter won’t accept them or if none exists in your region. You may take the pumpkins to any wildlife area near your town and put them out in the open.

Animals like porcupines, deer, and squirrels all enjoy munching on pumpkins. Make sure you cut the squash into bite-sized pieces and don’t scatter them too close to your house if you want to avoid attracting hungry animals to your garden. You will be helping the environment by disposing of unwanted pumpkins.

As many people do, we advise against leaving carved and sprayed pumpkins out for animals. Many sprays include chemicals that are potentially toxic to wildlife. You don’t want to dispose of pumpkins by endangering wildlife and accomplishing the reverse of what you intended!

3. Compost pumpkins in your garden.

Composting pumpkins is one of the safest and most environmentally friendly options for people living in apartments. Pumpkins are biodegradable, which makes them great candidates for composting. Even if you don’t have a dedicated compost pile, you can still dispose of old pumpkins naturally in your home garden.

Just dig out space in the soil, add the pumpkin (either whole or chopped into pieces to expedite decomposition), and bury it. Unless you want to see pumpkins growing in your garden next year, remove any extra seeds clinging to the inside before sticking them in the ground.

You may dig a single, sizable hole in the ground and place every pumpkin inside of it if you have access to fertile or semi-fertile soil. If you have trouble putting the pumpkins into the hole, shattering them and piling their pieces may spare you from excavating an even larger hole.

If you don’t have enough room to dig a large enough hole, drill smaller holes and pile pumpkin pieces in them before filling them.

Nature will decay the buried pumpkins over time, adding to the soil’s richness. Plants and flowers will thrive in the rich soil.

SEE: How to Get New Garbage Can From Waste Management

This works best with a pumpkin that has not been carved for a planter as well. Pumpkins make excellent temporary planters. Just cut the top off, remove the seeds, and drill a small hole in the bottom of the pumpkin for drainage. Fill it with potting soil and plant your favorite seasonal plants inside!

If the pumpkins are past their prime and you just need to get rid of them, you could just throw them away. However, you can make sure they don’t go to waste. Although pumpkins need to be kept away from direct sunlight and extreme heat, they can also be reused. They can be a great decoration. They can help patch up holes in a fence, and some pumpkin carving techniques can create great home decorations.

Making a puree from carved pumpkin fragments is the most practical way to dispose of them. Additionally, homemade pumpkin puree has a far richer flavor than store-bought varieties.

All you have to do is separate the pumpkin’s soft flesh from its tough shell and seeds. Place the hard chunks in the compost and line a baking pan with butter paper. Spread the mushy pumpkin flesh onto the baking pan.

Place the tray in an oven that has been preheated and salt the top of the tray. Remove the tray and let it cool slightly before lifting the roasted pumpkin.

The pumpkin may be blended in a food processor, blender, or big saucepan with a handheld blender. You may use it to prepare pumpkin soup, bread, or pie.

SEE: How to Dispose of Bacon Grease

7. Feed it to chickens

If you have chickens or any kind of poultry or know someone who does, your old jack-o-lantern can make for a delicious chicken snack. Pumpkins contain vitamins A, B, C, E, and zinc. Not just that, but some chicken farmers swear that pumpkin is an effective dewormer, helping keep chickens healthy. Maybe a pumpkin for eggs trade is in order.

If you haven’t carved your pumpkin for a jack-o-lantern, now is a good time to cut it open and pull out the guts. Pumpkin seeds are delicious and nutritious. Pumpkin seeds are low in carbs, high in protein and fat, and are a good source of iron and calcium.

How to Dispose of Cat Litter

How to Dispose of Laptops