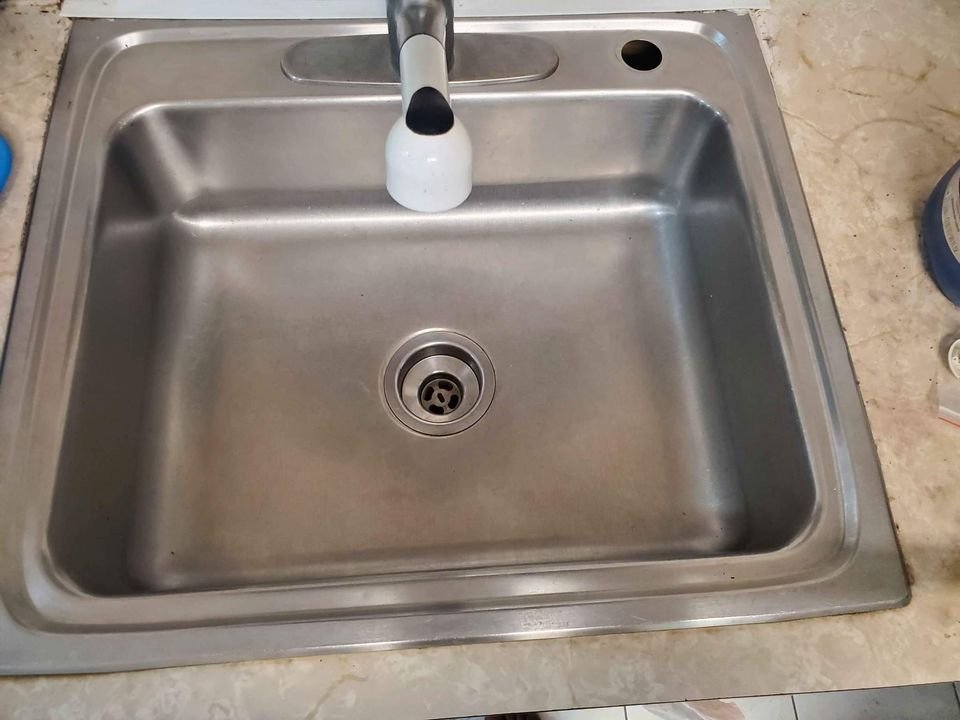 Frequent usage of a garbage disposal can occasionally result in bad odors. Food particles, grease, and other unsavory substances inevitably make their way down the drain, resulting in unpleasant smells over time.

There’s no need to fret if you’ve detected an unpleasant odor emerging from yours. Getting rid of a garbage disposal odor is not a difficult undertaking. In reality, you most likely have everything you need in your pantry, and the job will take no more than 10 minutes.

What Are the Ways to Make My Disposal Smell Better?

There are chemical agents that can be used to freshen up and unclog your disposal, but if you prefer a more natural or less expensive approach, here are some natural ways to make your garbage disposal smell better:

When your trash disposal begins to smell, there is a potential that there is a clog somewhere in the machine that is generating a terrible odor. To get rid of the stench, you must first unclog the drain. Even if the disposal is turned off, never put your hand down the drain when cleaning it. To remove clogs:

If this is your first time unclogging a disposal, you might want to follow the steps in our guide on How to Unclog a Garbage Disposal.

2. Use Dish Soap and Hot Water

Your garbage disposal may still smell after unclogging. Even if there are no clogs, you can deodorize your disposal by pouring a full sink of hot, soapy water down the disposal while it is running. This is the first trick, and it could work!

Place a stopper in the sink and fill it with a few inches of hot water. Pour in a drop of dish soap. Turn on the garbage disposal and disconnect the sink to allow the water to drain. This is different from running the tap because the disposal will be filled with water.

After you’ve soaked the disposal and dislodged any trapped food particles, clean the disposal to remove any remaining crumbs. To clean the visible portions of the appliance, do the following:

If the smell persists, this is another way to ensure that the disposal blades are free from dirt or gunky food particles. A mixture of coarse salt, ice cubes, and lemon is like cleaning magic.

You should dump some ice cubes and coarse salt down the garbage disposal. The ice aids in the removal of food from the grinder, while the salt washes the sides. You can now flush again for good measure and crush up a few citrus peels for freshness. This should work immediately, and you may not experience an awful smell for a long time.

Are you looking for a deodorizing shortcut? The answer is simple:  freeze lemon slices in white vinegar, then smash them in the garbage disposal!

To clean and freshen your garbage disposal, mix the cleansing power of vinegar with the scouring strength of ice cubes. Slice a lemon into small (quarter-sized) slices and arrange them in muffin cups; pour purified white vinegar into the cups; freeze the cubes overnight; take the cubes from the tray; and pop a couple down the disposal. Turn on a low-flowing stream of water and switch on the disposal.

You’re undoubtedly already aware of vinegar and baking soda’s amazing cleaning properties, which react to generate millions of tiny, odor-fighting, scouring bubbles that will zap away the icky sludge within your disposal.

7. Freshen Up with Citrus

Citrus peels contain strong cleansers and make things smell wonderful. To make your disposal smell like fresh lemons, juice a lemon and save the juice for another use. Peel the orange into 1-inch (2.5-cm) pieces. Turn on the faucet, switch on the garbage disposal, and feed a few lemon peels at a time into the disposal.

You may clean and deodorize your disposal using any citrus peel, such as orange, grapefruit, or lime.

8. Use Mouthwash to Freshen the Scent

Many people are unaware that the first mouthwash was developed as an antiseptic therapy to disinfect surgical instruments. If mouthwash can destroy the microorganisms that cause foul breath, it should also function in waste disposal.

Mouthwash can also make your breath smell like a fresh summer day in the country after eating the stinkiest foods or spending a night or two without cleaning your teeth. Unleash the power contained within your medicine cabinet by taking a cup or two of mouthwash and placing it in your disposal. Allow it to stay and simmer gently before flushing it with warm water.

Various excellent scouring powder products are safe to use to clean your disposal. Pour half a cup of your preferred brand and a little cold water down the disposal.

After about 15 minutes, run the garbage disposal with cold water again. The powder’s mild abrasion will clean the blades, and the additives will eliminate odors.

If your disposal smells like smoke from a fire or has the stench of burning electric cables, you may have something stuck in it that is causing it to burn out. If you don’t switch off the power fast enough, you may risk blowing a fuse or tripping a circuit breaker and destroying your equipment.

If you can’t readily remove the offending stuff, turn off the power before proceeding. You don’t want to lose fingers or accidentally cause a fire while attempting to fix the problem. Take no risks. Contact a professional plumber for assistance.

How to Prevent Garbage Disposal Odor

Fibrous foods should not be shredded in the garbage disposal.

One of the keys to preventing odors is to avoid putting unsuitable foods down the garbage disposal. Inappropriate foods can block the disposal, clog the pipes, jam the motor,  and leave decaying and smelly food trapped in the drain.

Avoid throwing starchy or expandable foods down the disposal.

Foods high in starch or that spread when wet are also terrible choices for your garbage disposal since they can become thick and sticky and clog the impeller. Foods to avoid include potatoes, bread, rice, and pasta.

Larger waste should be cut into smaller parts.

Large bits of food can clog the garbage disposal and become trapped in the sink, causing foul food odors to emanate from the drain. Before putting large pieces of food down the disposal, chop them into smaller 1-inch (2.5-cm) cubes.

Similarly, dumping too much food into the garbage disposal at once might cause difficulties, so just add little amounts of food.

Another thing to keep in mind if you want to avoid garbage disposal odors is to keep the blades clean. This can be accomplished by passing hard items through the disposal at least once every few days. Hard materials that can be used to clean the blades include egg shells, chicken bones, fish bones, and ice cubes.

Every time you use the appliance, turn on the water. The disposal requires a continuous stream of water to shred food scraps adequately, and you should never run it unless you’re also running the water.

Always turn on the water before running the disposal, let it flow while the disposal is operating, and keep the water running for at least ten seconds after you flip the switch.

Food can become lodged in the disposal, dry on the blades and chamber, and generate foul odors if the water is not run long enough.

When you run the disposal with hot water, the heat might liquefy any oil or fat in the disposal or drain. The issue is that as the oil cools farther down the drains, it congeals on the walls and causes blockages.

The grease will begin to smell as it ages, and if food becomes trapped in the drain due to the grease, it will also generate terrible odors.

Grease should not be thrown down the garbage disposal because it might build up on the pipe walls and cause blockages.

SEE: How to Clean a Garbage Disposal

How to Dispose of Coffee Grounds