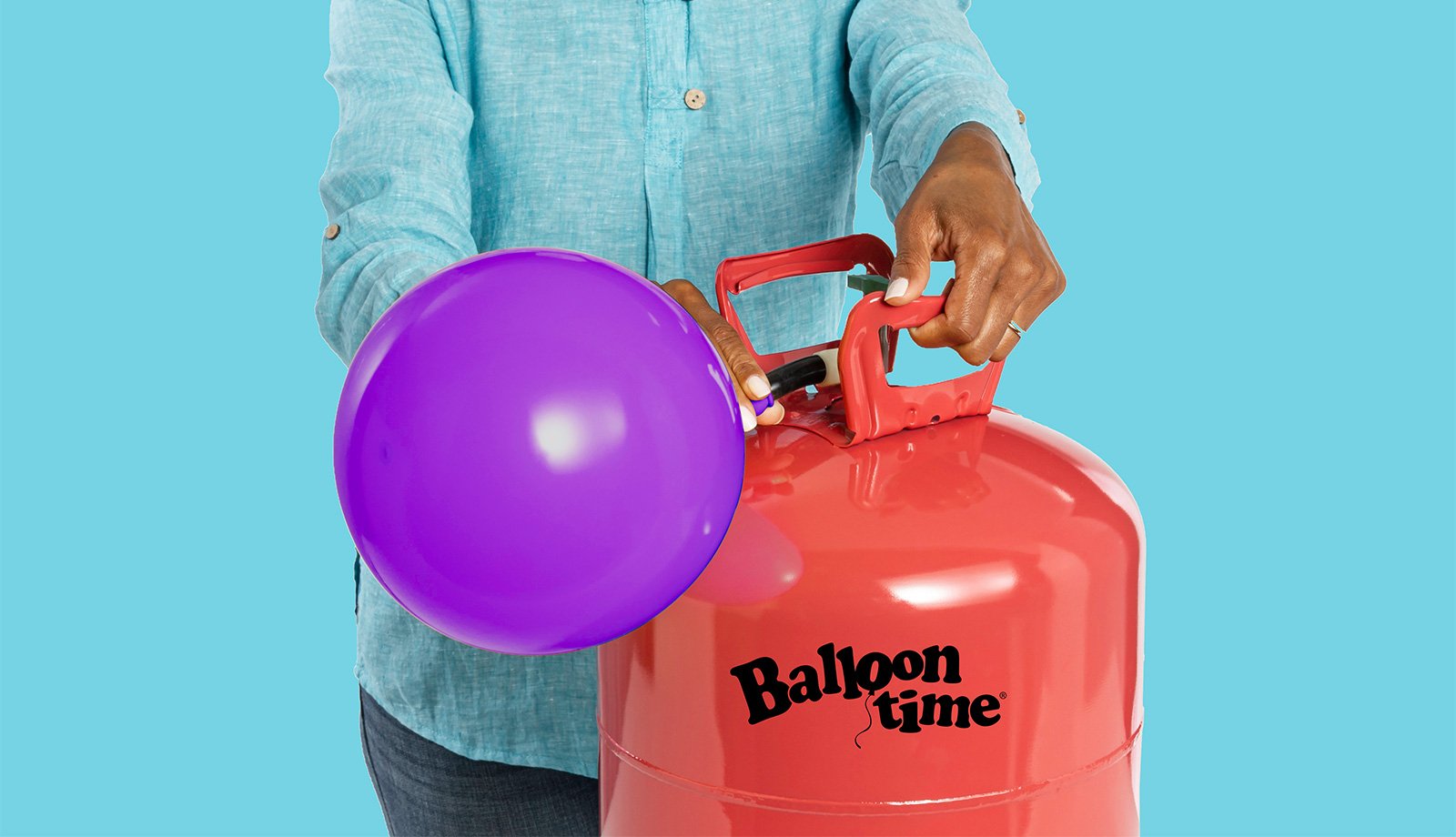 Helium is the second lightest element on Earth. Without helium tanks, it will be very challenging to blow up the large number of balloons used to decorate parties. Aside from balloons, you can use this tank to inflate an air mattress and a bouncing castle. Additionally, it’s used to perform experiments, and supercool metals and alloys are used as superconductors.

You may be one of the people who have helium tanks but want to get rid of them because they’re no longer functional. Throwing it in the garbage can is not proper. In this blog post, we’ll guide you on how to properly dispose of your helium tank while also keeping the environment safe.

How Can I Safely Dispose of Helium Tanks?

When it comes to disposing of your helium tank in an ecologically friendly manner, recycling it is the best option. That is, however, the last choice, as your helium tank may also have a few more uses.

Before you have to recycle your helium tanks, we’ll show you how to dispose of them in fun and ecologically beneficial ways.

What to Do Before You Reuse or Recycle Helium Tanks.

If your helium tank is empty, you’ll need the following items to get rid of it.

The method is straightforward. To begin, open the tank’s green valve and crank it counter-clockwise till it stops.

Then, with your thumbs, press down on the black adjustable nozzle. This relieves the tension. If you don’t notice a hissing sound right away, continue pressing down until the sound stops.

Then, by rotating the white-colored valve screw counter-clockwise, you should be able to remove the skewed nozzle. At this point, ensure you are wearing your protective glasses and gloves.

Make sure you’re wearing the proper goggles. Wearing big glasses alone isn’t enough. After that, pierce the little relief disc with the hammer and flat screwdriver.

Behind the shoulder is where you’ll find this. If it doesn’t open right away, keep trying. To properly remove the disc, you may need to pierce a few locations in the circle around it.

You can extract the disc by hand once it has been displaced. Your gloves will protect your hands from sharp edges. Even so, you should approach it with care.

After that, draw a circle around the open hole and write “Empty” on it. Use a permanent marker instead of a removable marker or a fountain pen.

Also, make sure the marker contrasts with the tank’s color. A silver marker may be used on black tanks.

This is only possible if you have bought reusable helium tanks. You may just store it in your storage area or garage and utilize it as needed. Finding a refill point is not difficult. You can just go to a local helium tank provider and request a refill.

It saves you money on a new tank and benefits the environment by reducing manufacturing procedures and saving non-renewable materials. You may also lend the tank to relatives and friends, reducing your helium tank use.

2. Turn it into a Makeshift Table

Another fantastic way to repurpose your used helium tank is to turn it into a table. With their circular bottoms and hollow tops, helium tanks are ideal for this. They work well as a table stand.

All you have to do now is repaint or customize the helium tank with a variety of colors. You may even wrap it in ribbons using any decorating ideas you have. After that, you may hire a furniture manufacturer to assist you in designing a flat surface that you can affix to the helium tank with ease. A glass surface can also be used.

3. Convert it to a Woodstove

We’re sure you didn’t realize you could chisel out enough room inside your helium tank to use it as a wood stove. This hack may need the assistance of a handyman or the use of a power saw to carve away the region.

Because helium tanks are constructed of metal, they are excellent heat conductors. As a result, converting an old helium tank into a woodstove will save you even more energy.

4. Use Helium Tanks as an Outdoor Fire Pit

Tanks of helium also make fantastic firepits. You may slice a hole in the top of the tank and fill it with firewood. Helium tanks are comprised of metals that are good heat conductors, so they will burn flawlessly.

However, before utilizing the tank as a fire pit, make sure it is properly prepared. Even though helium is an incombustible gas, it’s advisable to be cautious.

5. Turn it to a Garden Equipment

This is perhaps the most popular repurposing concept among green thumbs. You can make any helium tank into a flower pot, no matter how big or little it is. This flower container may be used to temporarily store your plants until they are ready to be transplanted to your yard.

Simply chop off the hollow section of the helium tank, paint it, and start planting.

How to Recycle Your Helium Tanks

Take Your Tank to a Special-Purpose Recycling Facility.

A conventional recycling center may not accept tanks that have passed their expiration date, are broken, rusted, or are otherwise unusable. Because of the possibility of helium remaining inside the tank, they are a safety hazard. They can, however, take their old helium tanks to a specialist recycling facility that has the equipment and people qualified to completely drain them.

Call a local helium provider if you don’t know where to look for a specialist recycling site. They can usually point you in the right direction for hazardous waste disposal, such as an old helium tank. On government websites, you can find information on where and how to dispose of old tanks.

You can also visit earth911.com to find a recycling center near you.

If you find it hard to locate a helium tank recycling facility near you, your best option is to take it to a scrap metal yard. Most scrap yards will accept empty helium tanks, but phone ahead to be sure yours will be accepted before bringing it in.

Once it gets into their hands, they know the proper way to dispose of it.

Helium is an incombustible gas, meaning it will not catch fire. Helium tanks hold helium and, unlike other propane tanks, do not catch fire when exposed to high temperatures. You might want to see How to Dispose of Propane Tanks.

Many individuals use helium tanks to blow up balloons and bouncy castles during gatherings, so this is a fantastic achievement. Helium tanks, thankfully, do not catch fire even when exposed to intense temperatures. It is possible to leave the tank in the sun while pumping the bouncy castles and balloons. The only way to make the helium tank go up in flames is to throw it in a fireplace or incinerator.

As a result, you may carry a helium tank anywhere without worrying about it bursting into flames and hurting you or others. Despite its non-combustible properties, manufacturers recommend keeping it in a cool environment.

Can I Throw Away Helium Tanks?

Smaller helium tanks can be disposed of altogether. Within garbage landfills, there are precise processes for disposing of them. Ensure that all of the helium has been discharged before discarding it.  Garbage disposal personnel might be put at a lot of risks if you dispose of pressurized helium tanks.

To dispose of outdated helium tanks in city landfills, you must follow the landfill rules. Make sure you’ve followed the guidelines for emptying and labeling the tank. Other special restrictions imposed by the local, state, or federal governments should be observed as well. These are in place to ensure the safety of landfill employees. Don’t put their lives at risk for your own convenience.

There are many other items that shouldn’t be thrown in the trash. You may want to see the proper ways to handle other Hazardous Waste Disposal.

5 Ways to Get Rid Of Maggots in Trash Can

How to Dispose of Batteries