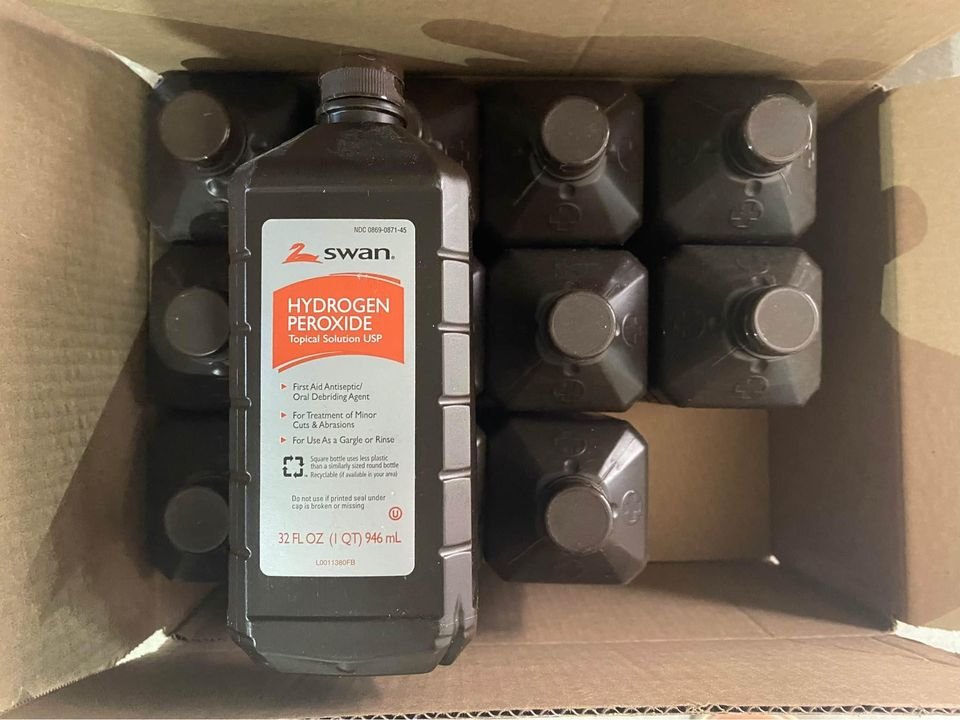 Why is Hydrogen Peroxide dangerous?

If breathed or comes into touch with the eyes, it can cause irritation. It can cause major health concerns if consumed. It can also be harmful in big quantities. After inhaling 10% hydrogen peroxide, pulmonary inflammation might occur.

Ingestion of diluted hydrogen peroxide (3%) might result in vomiting, and moderate gastrointestinal discomfort.

It may also induce embolism, which is a blood vessel obstruction caused by air bubbles. High amounts can induce tissue burns and a sudden loss of consciousness.

How To Dispose Of Hydrogen Peroxide

Hydrogen peroxide solutions are generally considered predominantly harmless. It is safe to dump hydrogen peroxide down the drain in low and even medium concentrations. At higher concentrations, you still can dump it down the drain, as the sewer water will dilute it, or you can dilute it manually and then dump it. Because it decomposes into oxygen and water, it is a safe and easy thing to handle and dispose of.

There isn’t a lot of rigmarole when disposing of hydrogen peroxide. What you have to do is easy and straight to the point in most cases.

If you don’t trust that, you can dump it on the road or sidewalk on a sunny day. Exposure to sunlight also causes peroxide to decompose (which is why it’s always sold in dark bottles). Dump it out, and it will turn into oxygen and water in a few hours. The water will dry up and will leave no trace.

The only problematic way to dispose of it would be to let it get in contact with something living. If it got into someone’s eyes or throat, it might do damage. If you dumped it on your plants, you might kill them. Otherwise, there’s little danger.

If you don’t want to just pour it out you can use it as a toilet cleaner. Just pour it down your toilet as an antiseptic. It is just as effective.

3. Hydrogen peroxide can bleach skin and hair and can even cause corrosion in the case of the highest concentrated solutions. So it is advisable to wear gloves so that any exposure to the skin is minimized or avoided.

4. At higher concentrations, the ingestion of the chemical may prove fatal. If you have inhaled hydrogen peroxide, you need to go out into the fresh air immediately.

5. Be careful while pouring the mixture on any surface to avoid it splashing on your clothes or skin.

6. When pouring higher concentrations of hydrogen peroxide, remember to dilute it with a lot of water so as to reduce the chemicals.

What is the typical lifespan of hydrogen peroxide?

Hydrogen peroxide is a rather unstable compound that decomposes rapidly.

In a sealed container, hydrogen peroxide has a shelf life of around 3 years. However, it begins to deteriorate as soon as you open the container. You might be shocked to hear that once the container is opened, it is only effective for 1 to 6 months.

Keep hydrogen peroxide in a cold, dark area to ensure it lasts as long as possible. Wait until you need it to open it, and when you do, keep it in the original brown bottle. The bottle is meant to keep light from accelerating its decomposition.

When using it, ensure that the liquid remaining within the container does not come into touch with anything else. Do not, for example, dip your finger or a towel into the bottle. It may disintegrate more quickly as a result of this.

Is there a method to determine whether it is still good?

Because hydrogen peroxide is a rather reactive material, there is a simple method for determining if it is still usable. Pour a small amount of the solution into your sink and notice whether it fizzes or bubbles. If you don’t notice anything, it’s probably not good.

How to Dispose of VHS Tapes