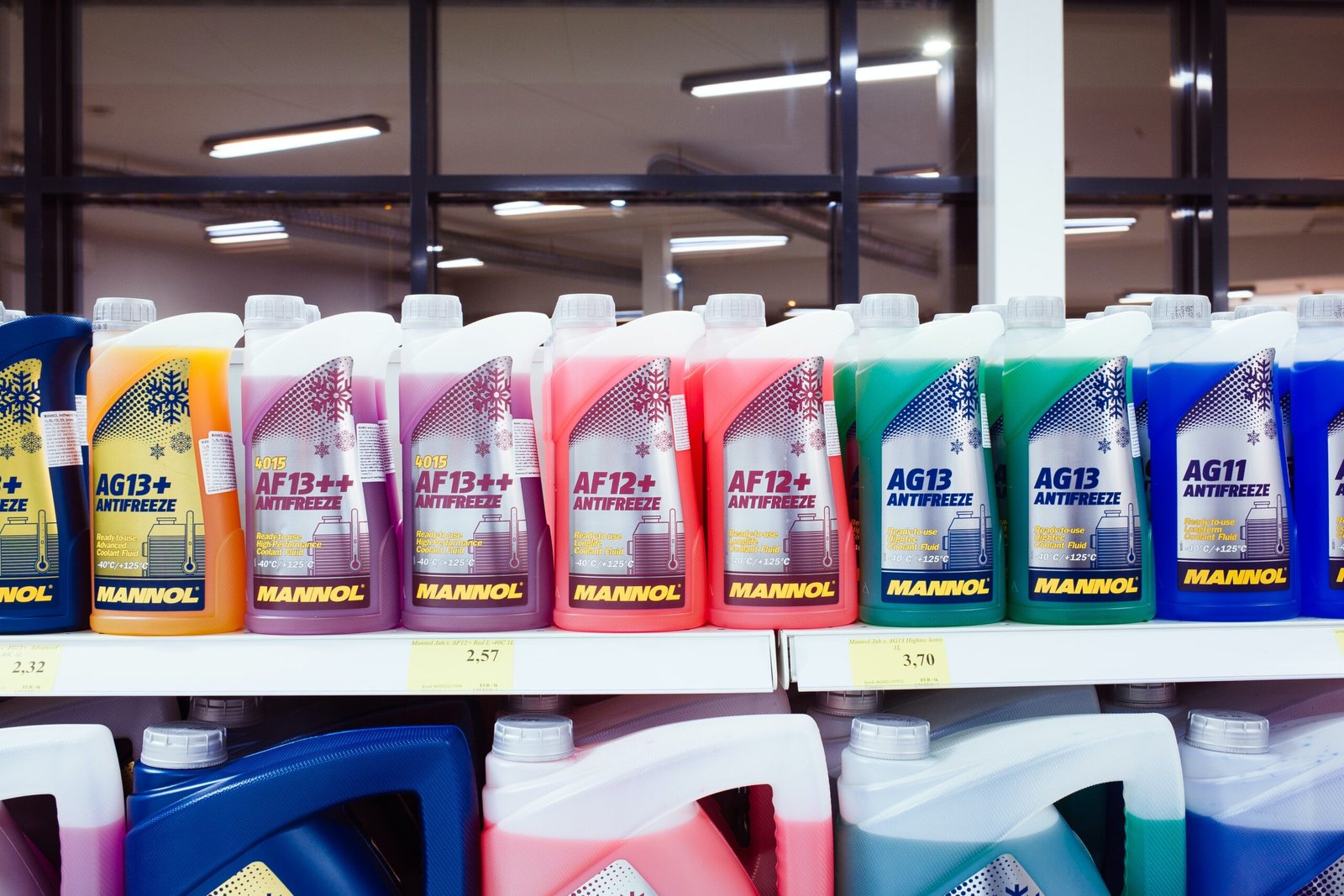 Antifreeze is that yellowish-green liquid that keeps your car from freezing in the winter and overheating in summer. It contains toxic chemicals called glycols, which are harmful to the environment and can cause serious health problems if consumed or handled improperly. As a result, getting rid of antifreeze is a bit complicated.

How Can I Properly Dispose of Antifreeze?

The good news is that antifreeze can be recycled once it’s no longer effective at keeping your car from freezing up. which means you don’t have to dump antifreeze down the drain and ruin your plumbing system or pour it into the ocean where it will poison marine life. Below are some of the methods you can adopt in disposing of antifreeze.

Mix one teaspoon of dishwashing liquid detergent with one gallon of water. Put antifreeze and soap mixture into a container, cover, and place in a warm, sunny location.

Make sure it is exposed to air at all times. This mixture should be changed every day until most of the antifreeze has evaporated or has been diluted by rainfall or snow melt.

The remaining solution can be poured into your garden as fertilizer for plants such as rhododendrons, azaleas, and mountain laurel trees. If you choose not to dispose of it by evaporation, then you can take it back to where you purchased it. They should understand how to dispose of it better than you do.

Some places require that you put your car fluids in a separate container from regular trash, so it’s best to call first before getting started. Look up recycling or waste management on Google Maps; there will likely be an option for household hazardous waste pick up where you can schedule a pickup time and have someone come by and collect whatever you have left over.

Take It to an Auto Parts Store

Many auto parts stores are equipped with recycling machines and they’ll accept antifreeze at no charge. Before taking your old antifreeze over to be recycled, you should check with your local store or call ahead to confirm that they accept antifreeze.

Also, some antifreeze contains coolants that may be hazardous for disposal, so make sure you read up on how to dispose of special types of coolants before disposing of your old fluid. You can also find out if there’s a local car club or a chapter near you which will likely have information about where it can be disposed of in an environmentally safe way.

We have also put together other articles to help you dispose of car components properly. You might want to check our guide on How to Dispose of Coolant.

Running It Through A Charcoal Filter

Charcoal filtration systems can be found at most auto parts stores and they’re used to remove things like rust, chemicals, and even fluoride from water. By placing your antifreeze in a plastic baggie and running it through a charcoal filter multiple times, you can ensure that all of those unwanted elements are removed.

You may not want antifreeze dripping down your sink or seeping into your pipes! Once you’ve passed it through as many times as necessary, place it in a sealed container and dispose of it properly.

Note: Charcoal is not biodegradable so make sure that you don’t dump it down storm drains or areas where wildlife might access it.

Flushing Antifreeze from Your Car by Using a Large Drain Pan

To get rid of antifreeze, set up a large drain pan with a neutralizing agent inside it. Once you have done that, start your car and turn on your heater on full blast. Allow your car’s heater core to bubble for about 5 minutes. While you are at it, allow any remaining fluids in your engine to be released through your oil cap.

After 5 minutes, add some more water into your drain pan and allow it to mix with what is left of your antifreeze mixture. Repeat until there is no more antifreeze left in your engine. Then, remove your drain pan from underneath your vehicle and dispose of it as hazardous waste.

What Are the Health Risks Associated With Antifreeze?

Even a small amount of antifreeze can be fatal for pets and children. Be sure to wear protective clothing and eye protection when working with it, as it can cause skin irritation and burns, and even blindness if splashed into your eyes. Mixing it with bleach or ammonia is never recommended. Because of its low boiling point, antifreeze evaporates quickly, but not quickly enough.

If you’re disposing of used antifreeze, keep in mind that once it’s in the open air (or water), it doesn’t take long for it to evaporate into an odorless gas (propylene glycol) that can easily be inhaled without warning.

In fact, propylene glycol is also used in many commercial products such as food flavorings and toothpaste. Propylene glycol inhalation can cause coughing, wheezing, nausea, vomiting, and headaches. It may also affect your kidneys over time. As such, it’s important to dispose of antifreeze properly by taking these precautions

How Long Does Antifreeze Stay In The Ground?

Antifreeze remains toxic in groundwater, as it does not break down easily. Some states have laws on how long antifreeze must be stored and disposed of properly after a home has been foreclosed upon or abandoned.

For example, Indiana requires all antifreeze to be stored for at least one year after an old residence is vacated before any pumping operations can begin; California imposes similar restrictions. If you do find yourself with a large quantity of old antifreeze on your hands, contact your state’s environmental department for help in properly disposing of it.

Is Antifreeze Harmful To Grass?

No!! Pure antifreeze (ethylene glycol) is not harmful to grass. However, diluted antifreeze contains salt and other additives, which can damage your lawn. The most common way that people get antifreeze into their lawns is by ant-proofing their vehicles. When they drain out all of their antifreeze, they don’t know what to do with it.

The solution? You should always double-check with your local waste management company for recycling options in your area. Or you can collect and reuse your own! Just make sure that it’s free of salt and other additives.

How to Stay Safe While Disposing of The Antifreeze?

The Environmental Protection Agency (EPA) recommends that you wear gloves, goggles and a long-sleeved shirt, and long pants when disposing of antifreeze. The chemical can cause severe skin irritation and damage your eyes. If it does contact your skin or eyes, rinse with water immediately.

Wear rubber gloves if handling heavy equipment or working in a pit to prevent burns.

The EPA also warns that using antifreeze as an alternative coolant in a diesel engine is dangerous because its sweet taste can attract animals and small children, who may drink it if they find an open container on your property.

You don’t have to just dump antifreeze down your sink or down a storm drain—there are effective ways of getting rid of it. The best method? Hire a company that specializes in hazardous waste disposal. They can safely get rid of your antifreeze, ensuring it doesn’t end up in drinking water supplies, rivers, and lakes.

7 Ways to Dispose Of Cooking Oil

How to Dispose of Paint