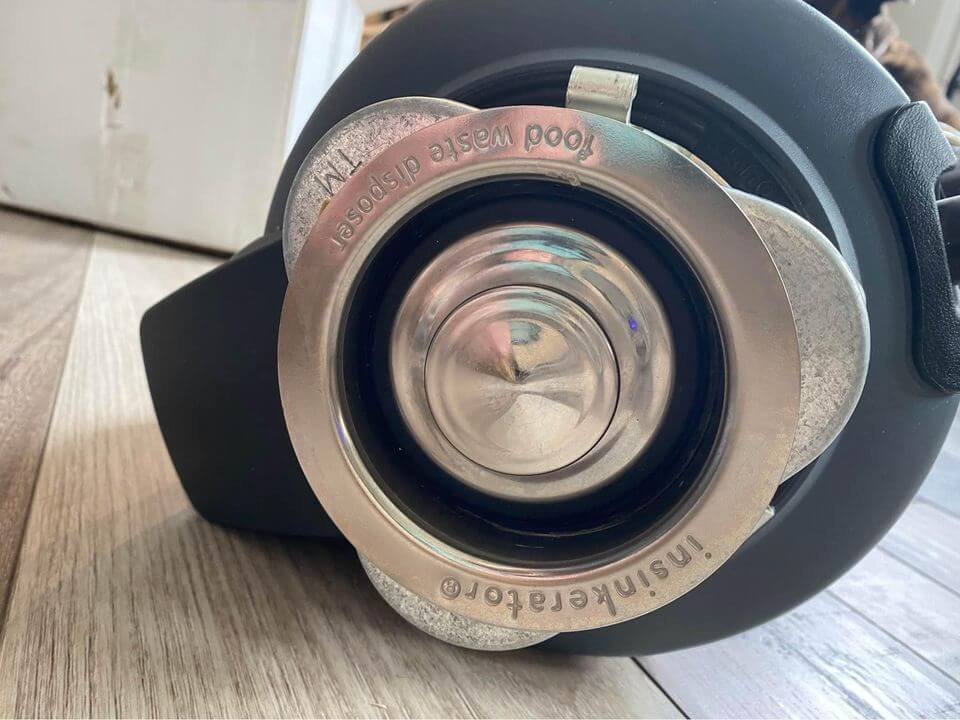 A garbage disposal unit (also known as a waste disposal unit, garbage disposer, garburator, etc.) is a device, usually electrically powered, installed under a kitchen sink between the sink’s drain and the trap. This machine is primarily used to shred food waste into super small pieces that won’t clog pipes. It’s smart to run your disposal regularly and to keep it clean.

How to Properly Disconnect a Garbage Disposal

There are a variety of reasons why you might want to remove your garbage disposal. Perhaps it routinely leaks or simply stops working due to a lack of routine maintenance, and you need to replace it. You might also want to get rid of it entirely if your home uses a septic tank system that doesn’t play nice with garbage disposals.

Whether you’re replacing the garbage disposal or permanently removing it, here’s what you need to know.

Things to Keep in Mind Before You Begin

A new basket strainer or sink strainer must be installed in its place if you uninstall the garbage disposal without installing a new one. The vertical drain pipe just beneath the strainer, known as the sink tailpiece, will also need to be replaced. Additionally, a new continuous waste pipe that connects the tailpiece to the drain’s P-trap or tee will likely be necessary (for double-basin sinks).

They are affordable and simple to use. If you have difficulties merging any of the new drain components with the old, it costs so little to change all of the drain components connected to the branch pipe on the floor or wall.

While you don’t need a lot of implements to remove the garbage disposal, certain items will make it much easier and safer. Some tools you will need include:

Step 1: Disconnect the garbage disposal from the power supply

Make sure your disposal is unplugged from the power source before you begin. Locate the switch in your breaker box dedicated to your disposal, and switch it off. If you’re not certain it’s disconnected, place a voltage detector pen on the disposal’s wire.

If it lights up, the wire is still hot. Go back to the breaker box to turn off the correct switch. Do not start until you are certain the power has been disconnected.

Step 2: Take Down the Drain Pipe

Once you’ve cut the power, it’s time to unplug the drain pipe from the disposal. It is likely there’ll be some water in the drain pipe. Place a bucket or absorbent material below the pipe to catch any water that might still be in it.

You can use pliers or a wrench to loosen the fitting around it. Once you’ve removed the fitting, just pull the pipe with your hand.

If you don’t have a dishwasher connected to the disposal, you can skip this step. If you do, then you’ll need to follow this additional step. There will be a dishwasher drain hose that’s connected to your disposal with a hose clamp.

First, use a screwdriver to loosen up the screw of the hose clamp and simply disconnect the hose from it. You might also just need to use pliers to do it if it doesn’t have a screw drive.

The disposal is heavy and will fall once it’s disconnected. Place something like a sturdy box directly under the disposal to support it.

Your disposal is connected to the sink drain with a mounting bracket.

Insert a hex key or small screwdriver into one of the metal loops on the mounting bracket, and turn the attachment counterclockwise. You may have to use some force to get it to move.

The mounting bracket will begin to move down the slide ramp. Once the mounting tabs are all the way down the ramp, the disposal will disconnect from the sink.

Step 5: Hold the Disposal From the Bottom

Step 6: Pull Out Wires From the Disposal

At this point, you still need to remove any wires that connect the disposal to your home’s power. Once again, double-check that there aren’t any live wires by using your handy voltage checker.

There will be wires hidden and covered by a plate on the bottom of the garbage disposal. Unscrew the electrical cover plate and unscrew any wire nuts inside that are holding wires together. Apart from these wires, there will still be another wire that goes into the disposal and is tightened by screws. Simply remove the screws and pull the wire out.

Assuming you want to remove it, it’s relatively straightforward. Just remove the snap ring, and the mounting ring will come right off. Then use a screwdriver or wrench to remove the nut holding the sink flange. Use a scraper to remove any leftover plumber’s putty around the sinkhole and add the new sink flange.

(From here, if you’re removing the disposal permanently but keeping the sink, you’ll, of course, need to reconnect the sink to the drain pipes so that the water has someplace to go.)

If your garbage disposal hums unstoppably, you might want to see our article on How to Fix Garbage Disposal Humming.

How to Dispose of Mercury Thermometers

How to Dispose of Ink Cartridges