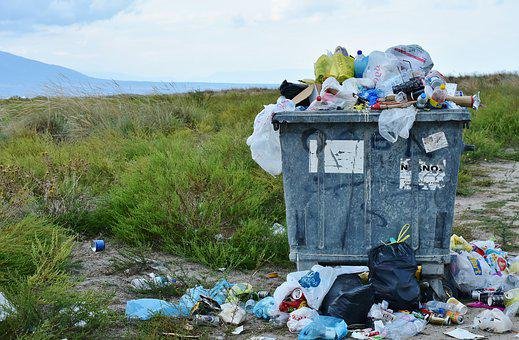 If you’ve noticed a funky smell lingering in your kitchen even after taking out the trash and cleaning the fridge, it could be your garbage disposal. The garbage disposal is an indispensable kitchen appliance. It shreds food scraps into tiny pieces to keep your drains and pipes clear, and it’s also helpful in washing away crumbs, juices, and sauces in the sink.

Despite its benefit in getting rid of food waste, collecting all the food particles, bacteria, and debris comes at a dangerously smelly cost.

While some garbage disposal smells emanate from the chamber, most of the odor comes from food that builds up and rots on and around the rubber flange—the flappy black rubber splash guard that fits inside the drain hole.

Ways to Deodorize Your Garbage Disposal

Even if you’re diligent about food scraps and run plenty of water when using your garbage disposal, it’s likely to accumulate smelly food particles over time. Cleaning garbage disposals requires both scraping away built-up grime and deodorizing the appliance while paying attention to the disposal chamber, splash guard, and trap.

Here are some efficient ways to deodorize your garbage disposal.

The first thing to try is a simple hot water flush. Plug up the disposal with a rubber stopper, then fill the sink with hot water and a couple of drops of dish detergent.

Then, use rubber gloves or kitchen tongs to pull up the rubber stopper carefully, and be careful not to burn yourself.

The rush of hot water will hopefully remove any bits of smelly food stuck to the sides of the disposal. For better results, you can repeat this method a few times in a row and daily to keep the stinky smells at bay.

2. Make use of Citrus Fruit Peels

The rough texture of the peel will clean the blades, and the oils from the citrus fruit will serve as a natural freshener and help to remove excess buildup.

The citric acid in the peels will clean the blades and eliminate odor. You can add some spice, rosemary oil, or lavender oil afterward for an even fresher scent.

3. Use Ice and Salt to Clean the Grinders’ Blades

Ice and either rock salt or vinegar are also great for cleaning garbage disposals. The ice helps scrape the grinding chamber’s inside, dislodging any buildup.

Put a big cup full of ice cubes into the disposal, turn it on, and then add about half a cup of kosher or rock salt. The ice and salt will work together to scrub the gunk off the inside of your disposal.

An alternative to the ice and rock salt combination is to freeze some white vinegar into ice cubes and crush these in the garbage disposal instead.

In addition to cleaning the garbage disposal, grinding ice will sharpen the blades and remove any unwanted odors.

To clean the disposal, make a “volcano.” The volcano method uses baking soda and vinegar to deodorize the garbage disposal. These two ingredients also have incredible deodorizing and cleaning powers. Pour a half cup of baking soda into the drain while adding a cup of hot white distilled vinegar. (You can safely heat the vinegar in the microwave.) From there, watch the foaming, bubbling magic happen.

Let it sit for a few minutes, then pour a quart of boiling water down the disposal to flush everything down the drain. That will leave the chopping part of the disposal lovely and fresh.

Similarly, you can pour both baking soda and distilled white vinegar into the chamber, letting it sit for a few minutes before turning on the tap and disposal to rinse.

If your disposal hasn’t been cleaned in a while, you can add a scrub with a bottle brush and soapy water. To be safe, turn off the disposal before cleaning it with the brush.

If home remedies don’t solve your odor problem, it is advisable that you call a professional to handle it once and for all.

SEE: How to Fix a Leaking Garbage Disposal

How to Prevent Your Garbage Disposal From Smelling

It would be best to avoid smelly garbage disposal altogether. Luckily, some simple things can be done in just a few minutes every day to prevent bad odors.

1. Always use cold water when running the garbage disposal. Though hot water is great when cleaning it, cold water will help prevent buildup from melted grease and oils.

2. If you are cooking with eggs or citrus, save the eggshells and fruit peels to run down last. The eggshells will act as an abrasive, scrubbing the grime off the sides of the disposal, while the peels will deodorize and freshen.

3. Always run the disposal an additional 20-30 seconds after you hear that all of the food particles have been pulverized. This allows sufficient water to run through the disposal, effectively rinsing it clean for less chance of lingering odor.

4. Remember to occasionally clean under the rubber seal of the garbage disposal, as gunk will also build up there. An easy way is to put a few drops of dish soap or cleaning solution on a handled scrub brush and maneuver it under and through the flaps. In some of the newer disposal models, this is removable, making cleaning even easier once or twice a week.

SEE: How to Unstick a Garbage Disposal

How Often to Clean the Garbage Disposal?

Garbage disposals generally do a great job of cleaning themselves, effectively breaking up the food particles and sending them down the drain. Hence, the chamber inside the disposal remains relatively clean.

Over time, a stinky slime builds up over the areas that don’t get scrubbed by the disposal’s grinding action. These are the undersides of the rubber baffle at the drain opening and the smooth, sloped area at the top of the grinding chamber.

How to Dispose of Christmas Tree

How to Dispose of Car Seats